A Typecast For The Sake of Typecasting

If I've not been too boring I may decide to do more typecasts only. I could add onto the end an image of the typewriter used as I have images of most of them on the blog already.

My contribution to keeping the Typosphere alive.
Posted by Bill M at 9:09 PM 10 comments:

Email ThisBlogThis!Share to TwitterShare to FacebookShare to Pinterest
Labels: typecast

Type-In VI In June, and a Visitor From Hell 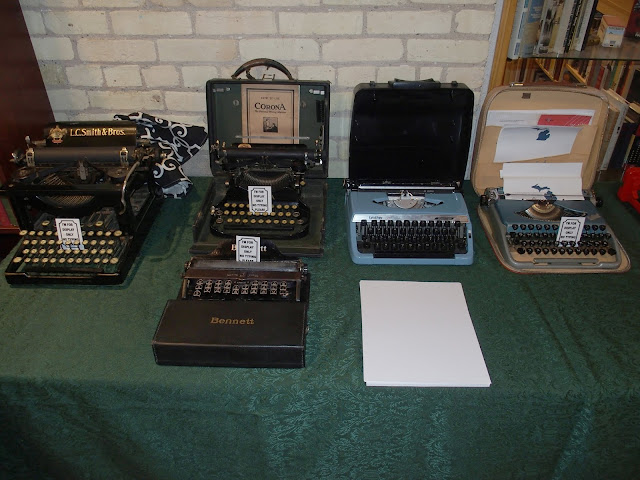 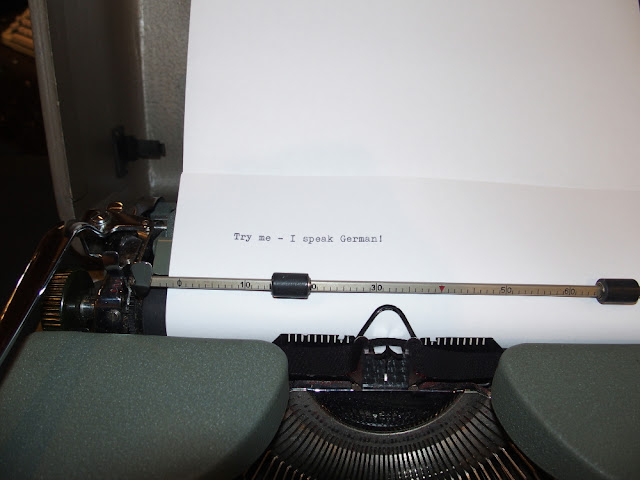 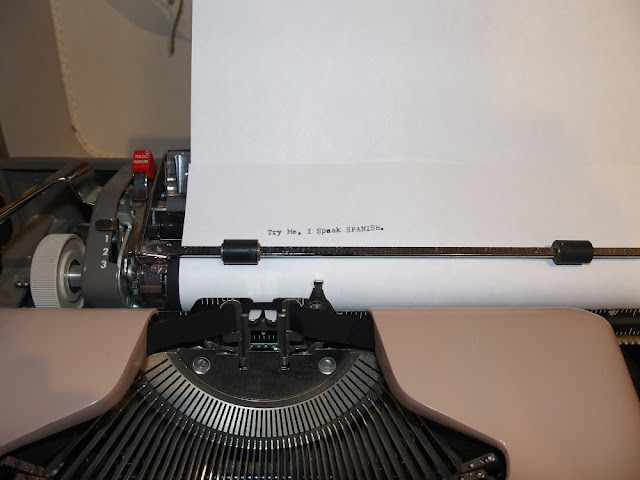 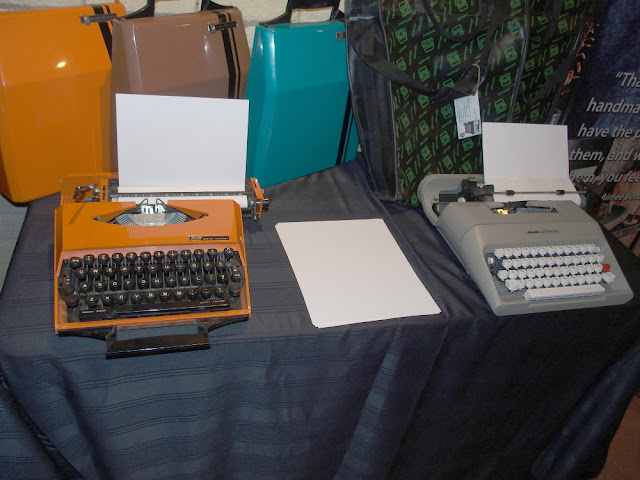 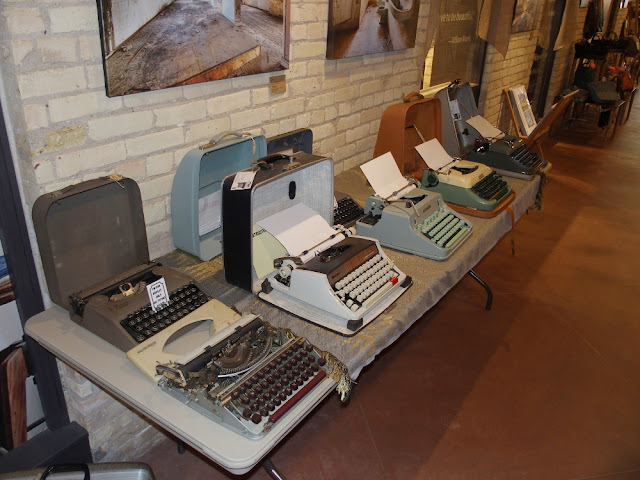 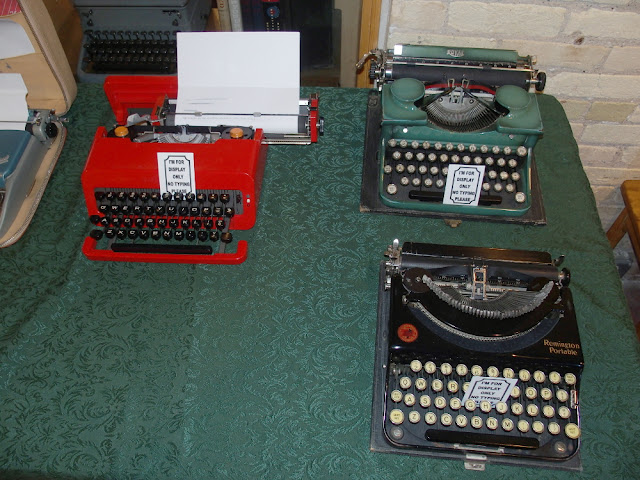 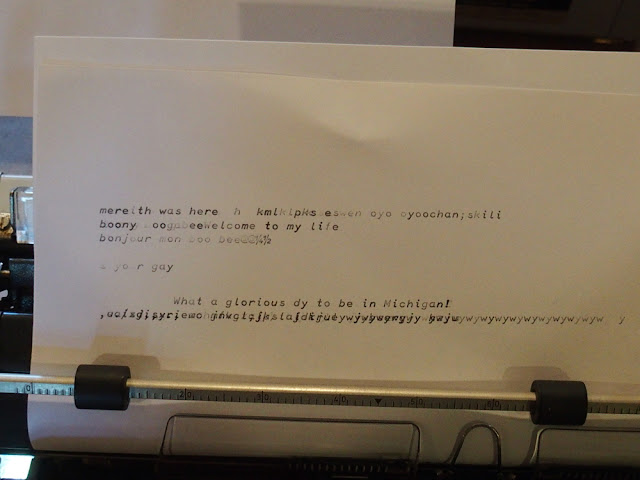 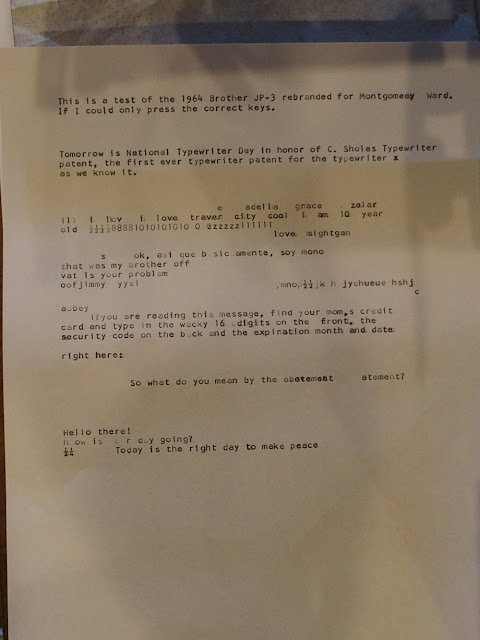 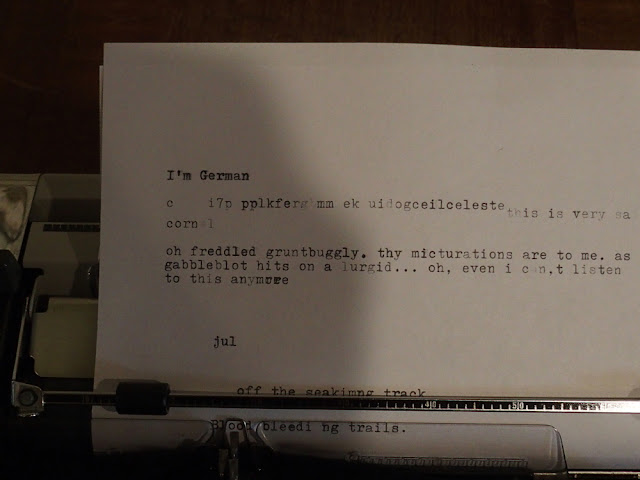 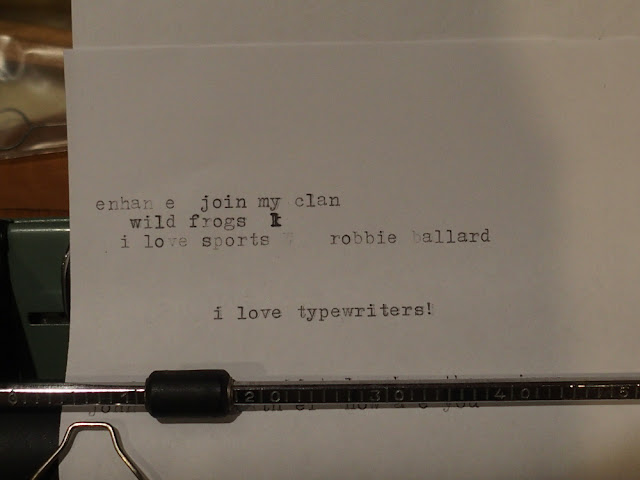 Overall the Type-In was a nice success. Paul did a great job of getting things organized, keeping up with the visitors, demonstrating typewriters, answering questions and being a tour guide to show Mrs. M & I the coffee shop.

The next 3 images were rotated to show the linkage as it would be viewed from looking into the typewriter under the carriage from the right end of the carriage.
No other editing was done to these or the remaining images from the borescope.  They are sized to fit the blog format. Clicking on them will open them to the size saved on the phone.

The ones I was familiar with for more intricate work were machinists kinds that cost upwards of thousands of dollars.   Medical endoscopes were also something I was familiar with and used in some of my emergency medical training.  These too were too large for a typewriter and very super expensive.

Thanks to a comment Mary E left about finding one for use with a smart phone. I decided to look an amazon and as seen in the comments in my previous post, I bought one.

I also wanted to post about it from her comment.   Remember about 10 years ago when the typosphere blogosphere was a lot  more active and many of us posted from or on ideas created by comments from other typosphereians and sometimes even from ideas from their blog posts?

I miss those days when the Typosphere was much more active and interesting than what it has morphed into.  Seems like the Luddites gave in to the modern and insecure one line quick posts of FB and the like.  One medium I refuse to use.  My Luddite spirit is too stubborn to FB or Tweet.

I do find it much easier to post about a new to me typewriter or a typewriter repair than general writing for a typecast.

So hopefully I, along with the few others that keep the Typosphere active, will continue to stay active in the Typosphere.
Posted by Bill M at 10:21 PM 7 comments: